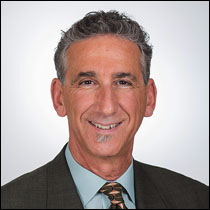 In 1988, Scott M. Sanders began the practice of law in Business and Contract litigation. Mr. Sanders’ father had built and run a successful sales agency and distribution business in the 1960’s and 1970’s but suffered severe economic impact when he lost several key appointments with his Principals due to insufficient contractual protection. Sanders thus saw, first hand, the critical need for agents to protect their territorial markets. Towards that end, he began an association with MANA – the Manufacturers’ Agents National Association, in 1989; and has undertaken Contract litigation for sales agents and agencies throughout the United States from that time forward.

As the world economy heated up in the 1990′s, Mr. Sanders undertook the study of International Law affecting off shore manufacturing, and related domestic sales/distribution. In 1998 he became one of the first lawyers in California to obtain a triple damage judgment based on California’s Sales Commission Protection Act; and later litigated many notable cases and obtained large settlements and judgments in a wide variety of industries, involving companies such as Caterpillar, Daimler Trucks, Hewlett-Packard, Hughes Network Systems, Boeing, Honeywell International, McDonnell Douglas, Toshiba, Trend Plastics, Pelican Products, International MicroProcessors, Perkin Elmer, Raytheon, and Williams Sonoma.

The firm’s strong network of attorneys, nationwide, and Mr. Sanders’ own ability to gain special admission in all state and federal courts, make Sanders & Montalto, LLP the right choice for your legal needs!

> Do You Need Estate Planning?

> What Happens if I dont have an Estate Plan?

> What is a Revocable Living Trust?

> If I decide to pursue my claim, how long will it take to resolve my case?

> Will I have to sue my principal?

> If we do have to sue, how often will I have to appear in court?